Elephant in the Room 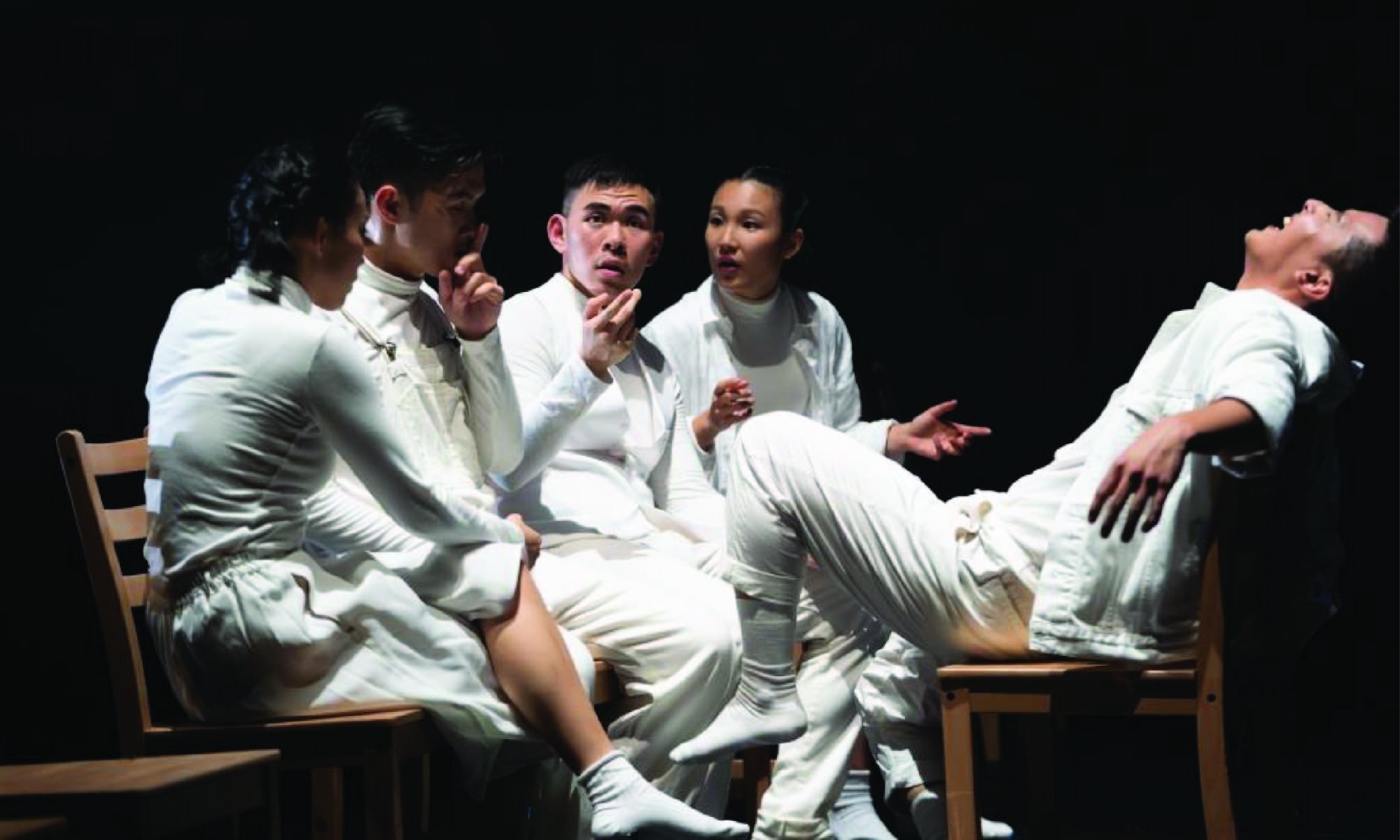 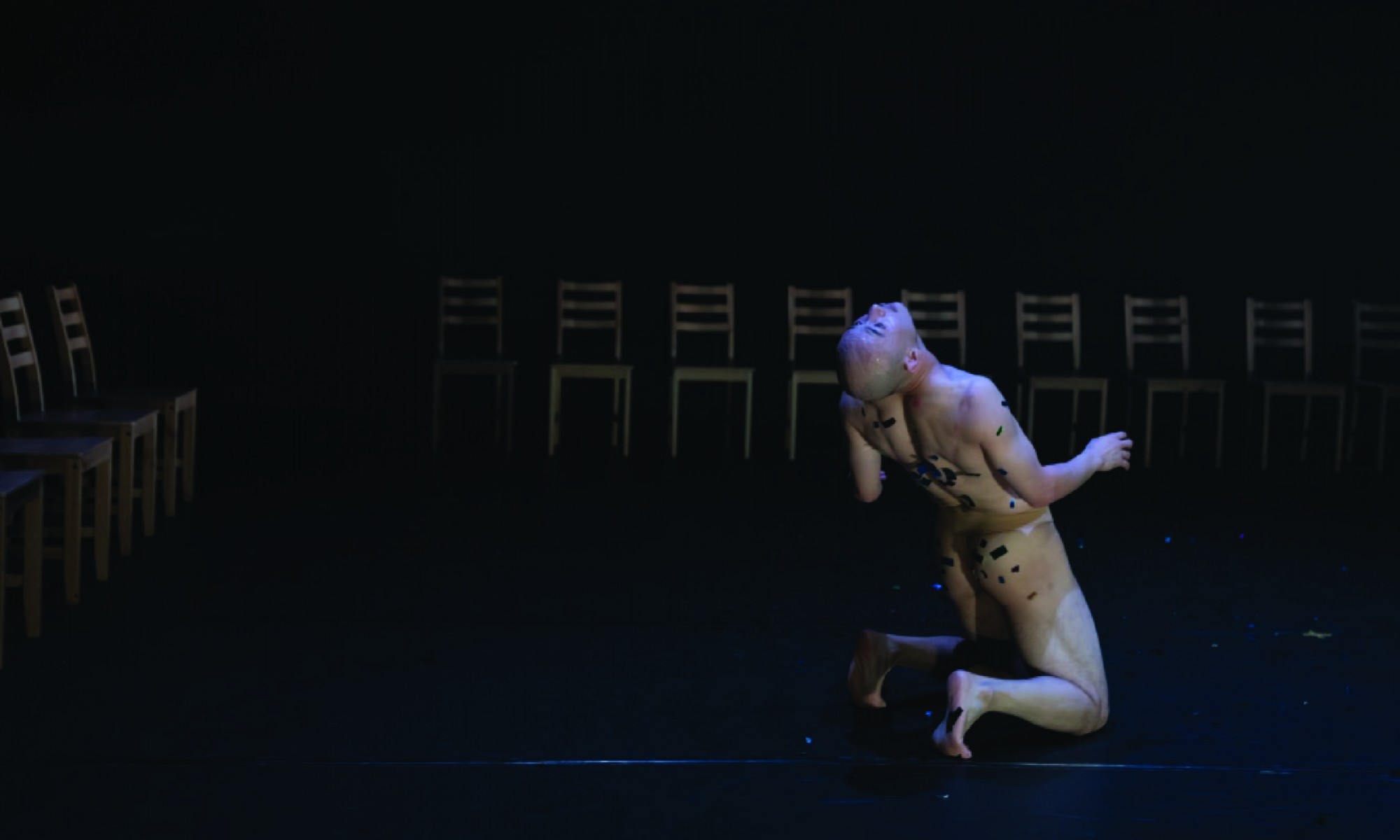 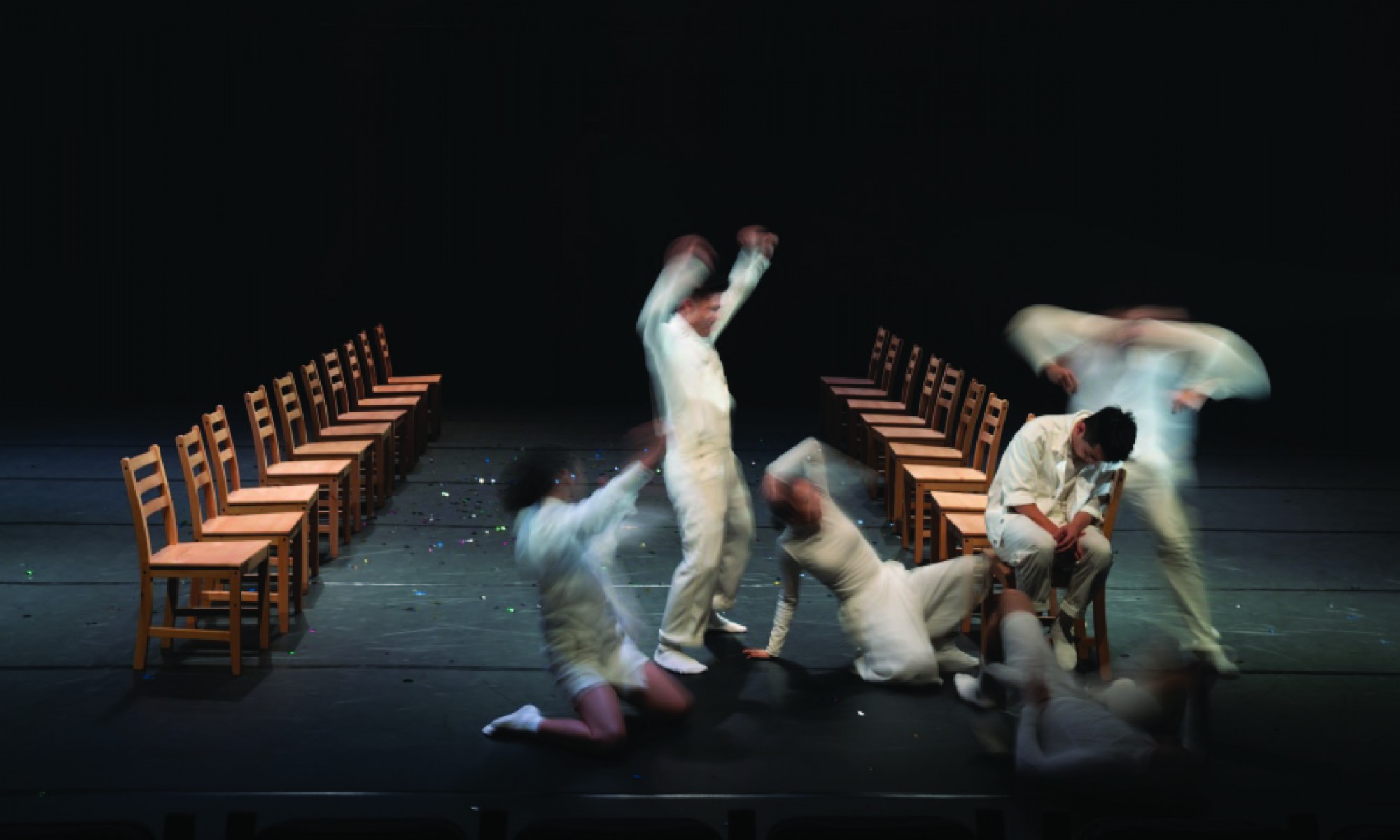 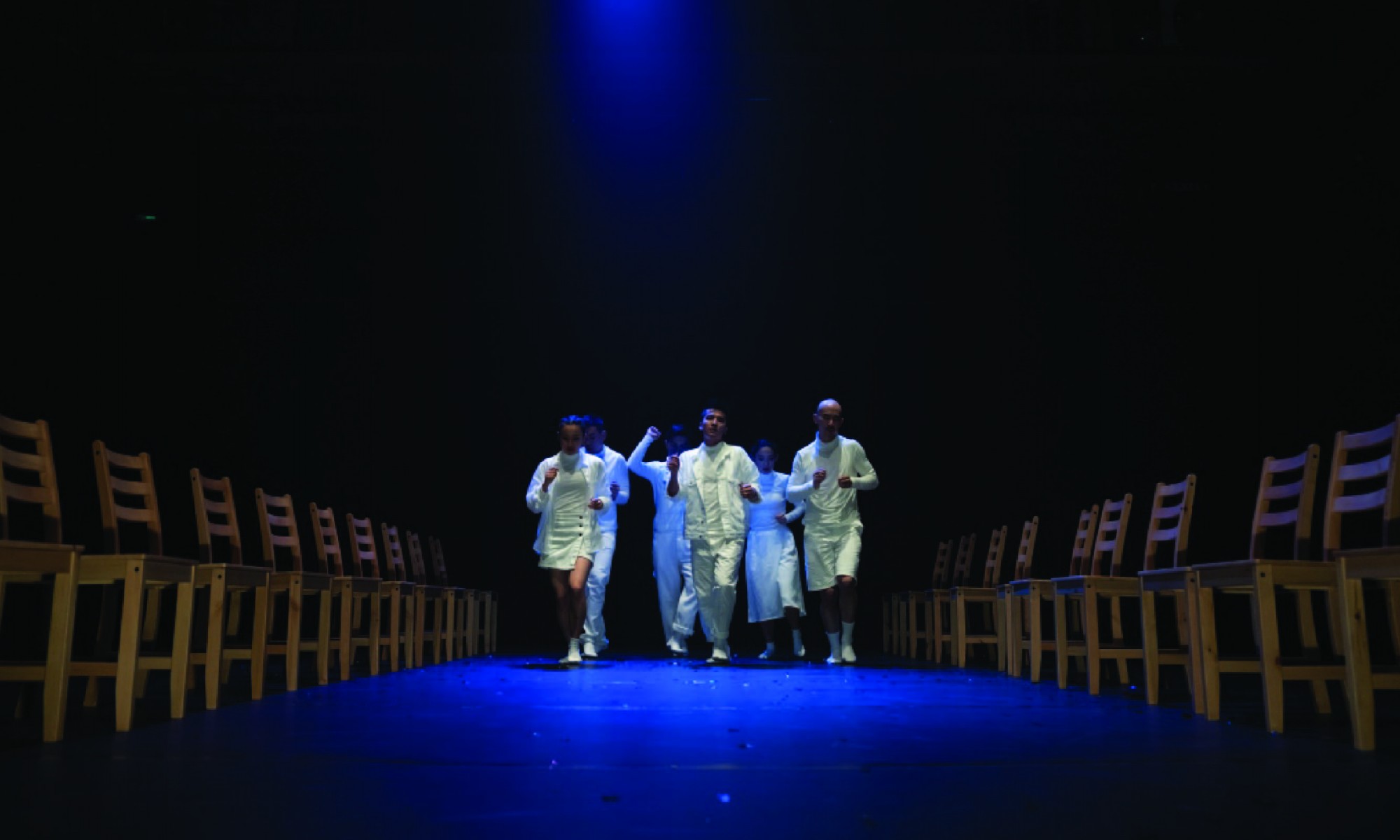 "There's a lot of speech, and a lot of everday movement. Particularly effective is Chang's halting of time, when five of the cast freeze while the remaining performer acts or dances out something" - Seeing Dance / David Mead

The “elephant” is the symbolic centre of this work, representing elephantine loneliness, silence and an unspeakable, yet visible truth. Every person faces his own problems, his own identity, his own life experiences. When we become numb, we turn a blind eye—even if there is an elephant pacing the room. But the elephant won’t walk away just because of our pretence. Silence is avoidance and denial, through which we neglect and escape the truth.
To deny the existence of the elephant means to leave silent truths to the flow of time, to allow our past misfortunes to come to naught. The “elephant” becomes concealed in the folds of time, or perhaps it has simply disappeared.
The work consists of six performers interpreting and performing their own “elephant”. In the same time– space, disparate and concurrent forms of theatre construct a subtle relationship. In this relationship of uncertainty and detachment, the elephantine symbol is conjured forward, making its presence undeniable. Ultimately, confronted with the inexpressible truth, we interrogate the choice between deceit and honesty at its core— whether we die out in silence or break free from denial.

Performers' Note | Li Bin
I am honoured to be participate in this new version of Elephant in the Room. To be precise, this is a whole new creative experience: from the cast to the content, the make-up of the original work has been completely overturned, bringing it closer to the local culture. Regarding the piece itself, my understanding is that the “elephant” is a self-evident symbol buried within our silence. It might have appeared in the past, or possibly will in the future…But that does not mean that it doesn’t exist!

Performers' Note | Kenny Leung
I’d say that we’ve created a playful and experimental space, in which interpersonal relationships and the consciousness of self and the collective seem to all be a part of a game of pretend as well as an investigative process for digging out “truth”. Are we meaningfully pretending to be meaningless? Or meaninglessly searching for meaning?

Performers' Note | Kerry Cheung
Why are we always desperate for answers? Who is it that needs the answers? How should we grasp the gap between fantasy and reality? Perhaps if we think of fantasy and reality as each other’s playgrounds, we would not be afraid anymore.

Performers' Note | Carmen Yu
The choreographer has brilliantly created a whole new work with six dancers with different personalities. The rehearsal process has been really delightful. We got along really well, exchanging opinions and exploring the possibilities of the piece. This is my first time integrating words and language into a dance, which has been really refreshing. As for the elephant of the title, who can really tell the difference between fact and fiction?

Performers' Note | Anson Chan
From start to end, what is certain?
There are no answers here, only irregularities.
We play, make noise; we neither cry nor laugh.
Maybe we’ll only wake up when death is at the door. 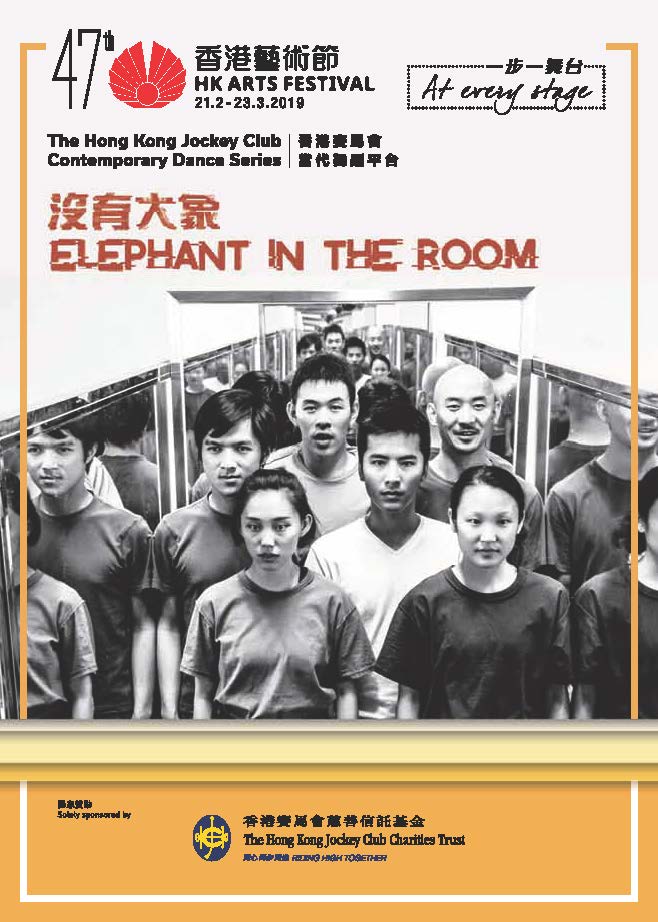 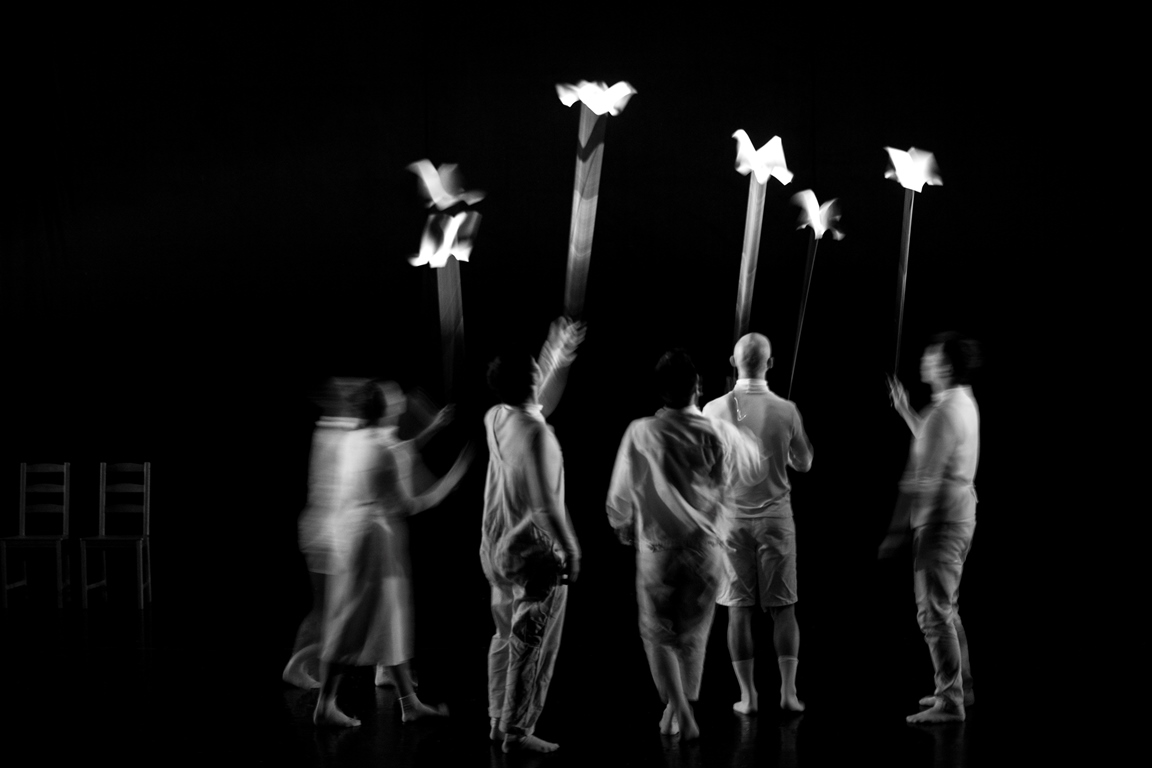 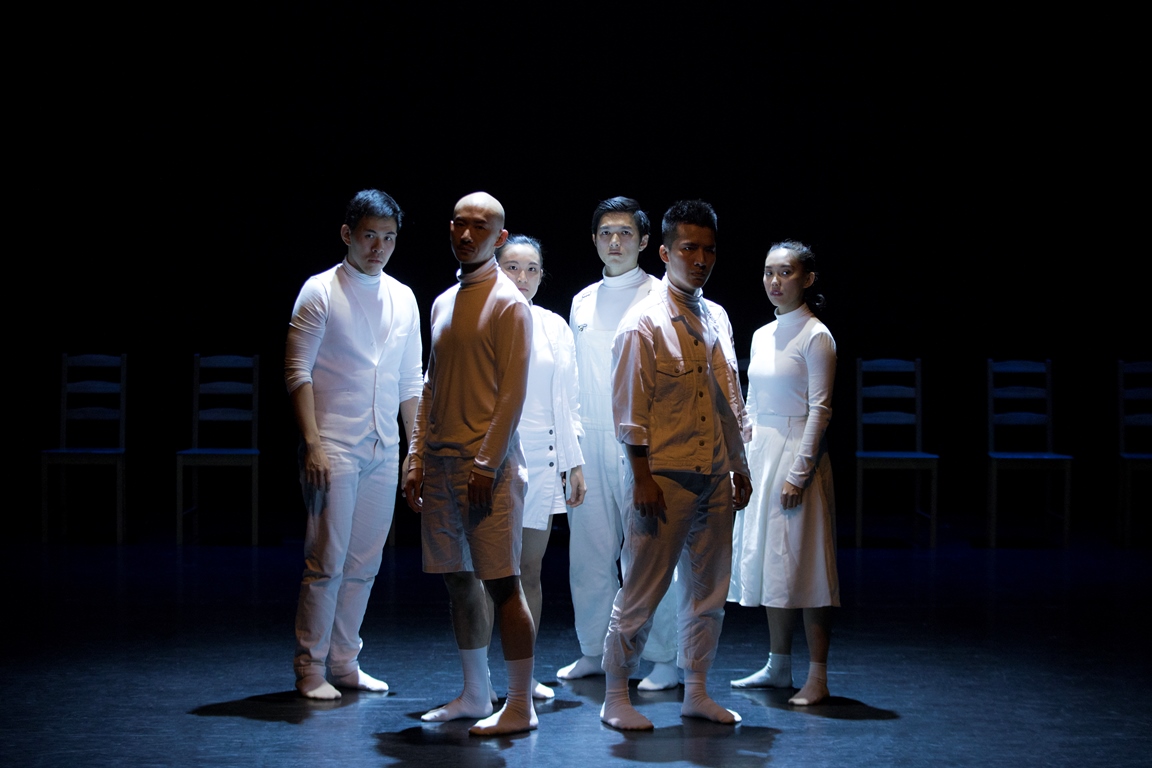