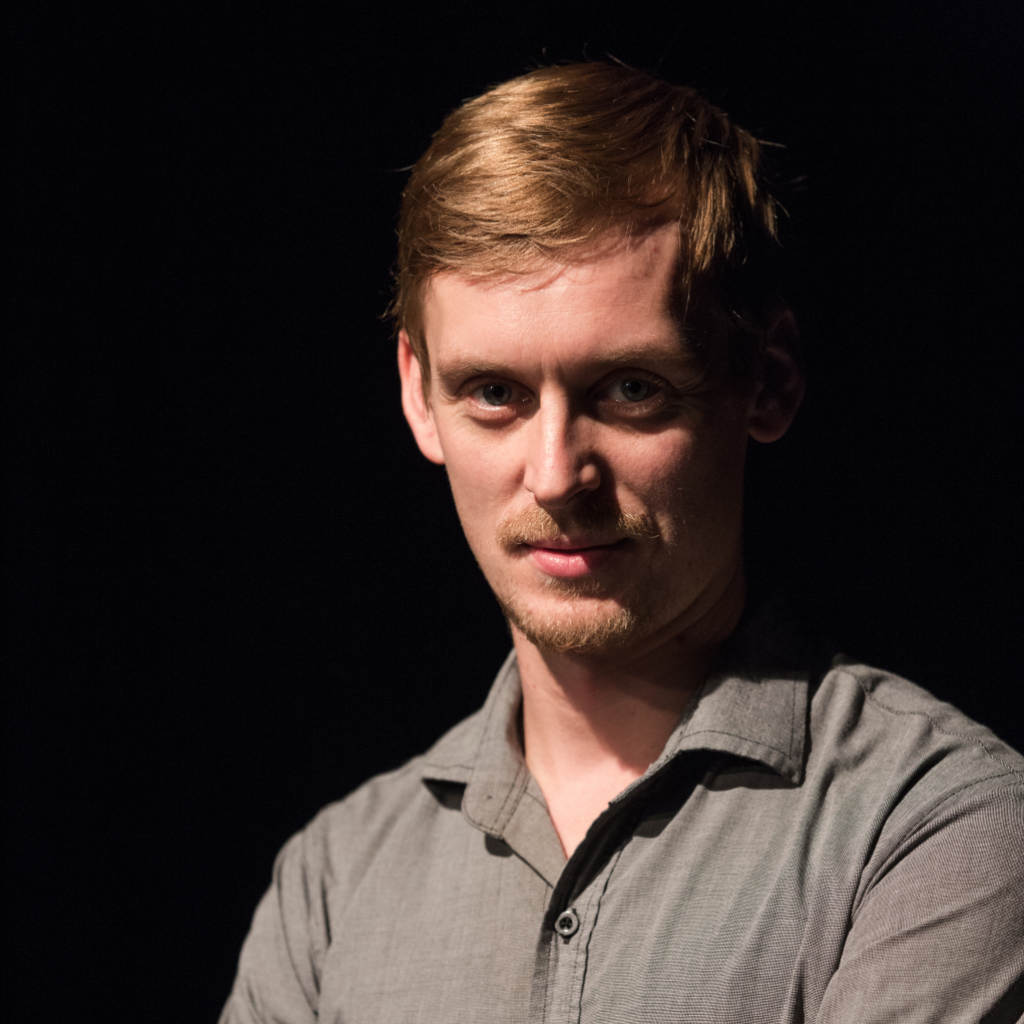 Jos Baker is a choreographer, dancer and teacher. His choreographic work for professionals includes: Afla (2008), Creature Man Don't Tell Me (2008), Feedback (2009), We were youth (2016), and Of no fixed abode (2017). He has also made many commissioned works for junior companies and conservatoires, which include: What do you do? (2015) for Amsterdam Hogeschool Voor De Kunsten; Tidal Breath (2016) and Let us not ask where it leads (2016) for Salzburg Experimental Academy of Dance (SEAD); Understanding Sugar (2017) for Ballet Junior de Gen.ve; Bread and Circuses (2017) for Northern School of Contemporary Dance; Zungen (2018) for Performact; and Timeline (2018) for Formacio CobosMika. Baker worked for Peeping Tom as a dancer, actor and collaborator from 2008 to 2014, principally with the productions 32 Rue Vandenbranden (2009) and A Louer (2011). Following that, he briefly worked for DV8 Physical Theatre on the production of John (2014), then began directing and performing in promotional events for Petit Bateau's Cedric Charlier collection.
Baker also teaches internationally, offering a range of classes and workshops for professional dancers at institutions including SEAD, Ballet Junior de Gen.ve, PARTS Summer School, Trinity Laban, The Place, Amsterdam Hogeschool Voor De Kunsten, Northern School of Contemporary Dance, Codarts, b12 Festival, Festival Deltebre Dansa and many others.
Baker started his dance training at age seven with Oxford Youth Dance and then continued his formal education first at the Laban Center London and then at PARTS (Performing Arts Research and Training Studios) in Brussels.